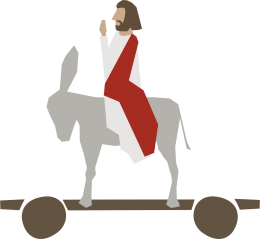 The Kliszczaks is a highland group inhabiting the peripheral, northwestern part of the range of the Carpathian Highlanders (by some researchers viewed as a transitional group between the Highlanders and the Lachs). Its name was coined as a nickname, which is a common practice pursued by neighbours. For the first time it was mentioned by Wincency Pol in 1851 in his Rzut oka na północne stoki Karpat [A Glimpse of the Northern Carpathian Slopes]. Unknown in popular circulation, it has only been used in ethnographic literature. The inhabitants of the region accepted it only in our times, at the end of the 20th century. Older authors trace the origin of the name to the slit at the bottom of the cloth legs of highland trousers, or to the ancient decorative element close to the two slits in such trousers, which resembles a blacksmith’s tongs – kleszcze – (a U shape with a loop at the bottom), also known in other highland groups (e.g. by Ochotnica Highlanders, or in the ancient Podhale costume). In both cases, the nickname must have been given by the Krakowiaks, the neighbours in the north who did not wear highland trousers. Kliszczaks are also sometimes referred to as the Highlanders of Myślenice.

On account of the early fading of the cultural distinctness of this group (especially on the outskirts), the territorial range of the Kliszczaks has long been difficult to pinpoint. From the mid-19th century till the present day, a number of researchers have been delineating it differently, and today it is impossible to verify their positions. According to some authors (e.g. F. Bujak, R. Reinfuss, J. Kamocki), at the turn of the 19th and 20th centuries, the Kliszczaks inhabited the central part of the Medium Beskids (presently called Maków Beskids), which are located within the triangular area determined by the towns of Sucha Beskidzka, Myślenice and Jordanów. The area stretches between the upper reaches of the Raba and Skawa rivers, bounded in the north by the inconspicuous Babica Range (along the line marked by the villages of Stróża, Trzebunia, Bieńkówka, and according to F. Bujak, also Baczyn, Budzów, Zembrzyce), and in the south reaches down to the town of Jordanów. Undoubtedly, culturewise it is the most basic range of this group, and as such it is presented on the ethnoHOMESTEAD map.

In the northwest, the Kliszczak Highlanders used to border on the peripheral villages in the southern Wieliczka Foothills, which are considered to form a belt of transition to the Western Krakowiaks. However, the borderline is vague, and some researchers (e.g. U. Janicka-Krzywda) place it further north and northwest. In the northeast, the Kliszczaks bordered on the so-called Lachs of Myślenice, generally included in the group of Western Krakowiaks; in the east – the Zagórze Highlanders (borderland villages: Pcim, Lubień, Tenczyn); in the southeast – the transitional Zagórze-Podhale area (the environs of Rabka, Skomielna Biała and Jordanów); in the southwest (the Skawa river) – the Old Witches’ Mountain Highlanders, and in the northwest – Żywiec Inhabitants (the borderlines here are vague as well).

The settlement in the area inhabited by the Kliszczaks lasted at least between the 13th century and the beginning of the 16th century. The settlers were Polish, rural people coming in from the Cracow Region. Originally a defensive settlement, Stróża near Myślenice is the oldest Kliszczak village, and most probably it was established at the dawn of the State of Poland, which is testified to by the 13th century sources. Subsequent villages, nestled more deeply in the Beskids, were founded under the Magdeburg Law and according to planned colonization from the 14th century onwards, during the reign of Casimir the Great. The villages that were founded the earliest included Pcim, Lubień (with the oldest parish in the region established in the 14th century), Budzów and Zembrzyce (as part of the colonization of the Duchy of Oświęcim). The 15th century witnessed the foundation of Tokarnia and Trzebunia, and the beginning of the 16th century – inter alia, Krzeszów, Krzczonów and Tenczyn – all within the royal demesne (the Cracow castellany, and later Lanckorona Starosty). According to more recent research, in the Kliszczak region, the 16th shepherd settlements (Wallachian ones) included Jachówka and Bieńkówka. The traces of the 16th-century Wallachian colonization (secondary one) were also found in the sources concerned with Trzebunia. The Jordan family of Zakliczyn, who founded the town of Jordanów and the villages of Skomielna Czarna and Skomielna Biała were an eminent knightly family that organized settlement in the areas subsequently inhabited by the Kliszczaks.

The Kliszczaks lived chiefly off agriculture, animal husbandry and forest exploitation (felling, logging, plank and shingle making, sale of firewood). Above all, rye, oats, potatoes, cabbage were grown, and as for industrial crops – flax, which was essential given the home production of garment linen and cooking oil. Traditional methods of arable farming as well as ancient tools remained in use for a long period of time. Agriculture was closely linked with cattle farming (oxen and cows), as cattle provided manure and served as draught animals in farm work. By the turn of the 19th and 20th centuries shepherd traditions had become enfeebled. In general, only a few sheep were kept – to provide wool and sheepskin. Only in villages bordering on the Zagórze Highlanders (Lubień, Tenczyn) wealthier farmers used to keep more sheep (as many as 20), pasturing them in their own grazing land and keeping them in pens overnight. Also, the so-called klagany (rennet-curdled) sheep milk cheese was made here (at homes). More often however, the Kliszczaks would consign their sheep to the care of senior shepherds in the Gorce Mountains, inter alia in Poręba, Mszana or Lubomierz, for summer grazing. As for crafts, the most popular one was weaving, which provided a livelihood for many families in the region, as well as shingle making, which until the end of the 18th century was the pride of Budzów, Baczyn, Bieńkówka, Tokarnia, Skomielna Czarna; tanning (Zembrzyce); cooperage (Tokarnia); basketry (on a large scale – Budzów).

Wooden buildings were predominant in all Kliszczak villages at least until the Second World War. Single-building homesteads were most common; under one roof they comprised residential and farming parts. Poorer farmhouses were usually composed of the entrance hall, one room and a stable; wealthier farmhouses in addition had a little room, and sometimes also a larder, and across the entrance hall – a stable and a threshing floor with a storage crib. The oldest, framework farmhouses with hip roofs covered with straw (or straw and shingle) were not quite different from the Lach (Cracow) architecture. At the end of the 19th century, especially in the southern part of the region, gablet roofs covered with shingle, and later on gable roofs gained popularity. By the First World War a great number of farmhouses were chimneyless.

The traditional Kliszczak costume was derived from the ancient Carpathian attire, with considerable Lach influence (e.g. men’s linen summer trousers with a shirt worn outside the trousers). For a long time, clothes were made of homespun cloth and linen as well as sheepskin and sheep fur. Men used to wear black, felt hats trimmed with red wool and with turned-down brims; linen shirts, once short and supported with belts; linen, wide-leg trousers (płócionki) frayed at the bottom as well as white cloth trousers (guniaki) with one or two flies and wider legs than in the trousers worn by tough highlanders (ones living in higher mountain areas). They used to be decorated around the flies with black or red klisc (a U-letter shape with a loop at the bottom) or a modest, red-navy blue sercówka (a heart-shaped pattern), like the one featuring on trousers worn by the Zagórze Highlanders. In time, the trouser ornamentation became substantially enriched under the Zagórze and Podhale inhabitants’ influence. Also, popular garments included broad leather belts (opaski); blue or dark red, cloth waistcoats with metal buttons; quite long, brown gunias (jackets also called górnice or cugi) made of homespun cloth, modestly trimmed with wool strings, usually red. At the turn of the 19th and 20th centuries newer, cloth cloaks (burki) with turndown collars and numerous pockets came into fashion (just like in the neighbouring groups). Common were also sleeveless sheepskin waistcoats, and in winter – long-sleeved sheepskin coats. Leather kierpce shoes served as traditional footwear, but in the north of the region wealthier farmstead owners used to wear bigger, calf-length boots on more festive occasions.

Women used to complement linen blouses (with a thicker piece of material fixed at the bottom of the shirt, called nadołek, which functioned as underwear) with long, billowy skirts of homespun linen – originally white ones (the so-called fartuchy – aprons), later dark ones (indigo, navy blue, black) – manually imprinted at rural dyeworks (e.g. in Myślenice) and called durki. Also, on religious holidays white aprons decorated with white embroidery were worn. Festive costume included bodices, originally navy blue or black cloth ones, later on velvet ones, also in dark red or green. The most ancient ones were modestly decorated with silver thread and spangles; later on, under the influence of the Sącz and Podhale fashion, bodices began to be richly decorated with beads forming motifs of flowers and carline thistles. In use were also szubki (fur-lined overcoats) with sleeves similar to Cracow overcoats, and older women would wear cloth, cropped jackets (katanki). Women used to cover themselves with linen, sheet-like shawls (łoktusze, obrusy), which were however later supplanted by all manner of machine-made shoulder shawls. Married women were obliged to cover their heads with headscarves, which were placed on top of flat mob caps (just like in Orava).

The traditional Kliszczak dress began disappearing as early as the mid-19th century. Already at the beginning of the 20th century, inhabitants of the southern part of the region would dress po podhalańsku (in the Podhale style); elements of the Zagórze costume began to be introduced from the east, and in the north there was ever-growing influence of the Cracow style.

The costume of the Kliszczaks

The delimitation of the area inhabited by the Kliszczaks - who are also called the Highlanders of Myślenice - is a difficult task, because the ranges delineated by various researchers present considerable discrepancies and inaccuracies.
Read more