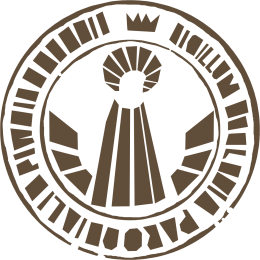 The Costume of the Poprad Highlanders

The Poprad Highlanders’ festive costume, which was derived from the common stock of the ancient Carpathian attire, was in many ways related to Poprad Lemkivshchyna, Shlakhtov Ruthenians and the Slovak region of Spiš.  As of the beginning of the 20th century, the costume had been slowly falling into disuse, especially in the centre of the region (Piwniczna and the surrounding hamlets), due to the development of the town as a health and holiday resort. The remote, mountain hamlets of Piwniczna, and more conservative villages such as Łomnica or Kokuszka, preserved the “old ways” of fashion for slightly longer.

Men used to wear white, homespun linen shirts of an oblong poncho or przyramkowy (made of square pieces of material) cut, with trimming or turndown collars tied with red ribbon. Sometimes they were decorated with modest, whitework embroidery at the front and on the collars. The shirt was tucked into cloth trousers, the so-called chołośnie (a Ruthenian name), which were made of dark, homespun cloth. In Łomnica, the tradition of wearing white chołośnie was a long-lived one. They had a highland cut, two przypory (flies) at the front and quite wide legs unsewn at the very bottom (slits). They were modestly decorated with red, cloth insets in the leg seams, a pompom over the slit and red edging around the slits. In summertime, on festive occasions, white trousers of thicker homespun linen were worn; the bottom of the wide legs was decorated with cyrka ze strząpkami (hemstitch and tassels). A sleeveless waistcoat of factory-made navy blue, black and originally also red cloth was worn over the shirt. Shiny, metal buttons, quite densely spaced at either side of the slit, were the only ornamentation here. A relatively short, mid-thigh-length gunia (also called gurmana, a type of jacket) of white (later on, brown) homespun woollen cloth, of a long poncho cut, flared at the waist with gores, and with a low standing collar was a traditional outer garment. At the edges, it was trimmed with red cord, and at the waist, on the right, it featured a little, red, horizontal appliqué – in the shape of a little spruce (called smreczek) (a motif similar to the kogutek in Shlakhtov Ruthenia). It was also fashionable to wear a very similar, but somewhat longer gurmana of dark sheep cloth, also with a red smreczek. In the interwar period, different outer garments were made - they were called gurmanki (or gunie), and were popular among other Carpathian highland groups (baje, burki). They were made of dark homespun cloth, and sometimes already of factory-made cloth; they had an urban cut, unflared at the waist, with set-in sleeves, turndown collars with lapels, and four patch pockets with flaps. The collar, the cuffs and the pocket flaps were decorated with appliqué of coloured cloth (navy blue, green or black) and modest machine-made embroidery (backstitch). Older farmstead owners would gird black, felt urban-style hats with black binding, while younger ones were more inclined to buy hats similar to the Podhale-style ones – girded with thick, red, woollen cord. In winter, men would wear caps made of sheepskin, or navy blue, cloth ones with a sheepskin border. Commonly worn footwear included leather kurpiele (kierpce-type shoes) with long nawłoki (laces) wrapped up above the ankle and over chołośnie. Rich farmsteaders used to wear polskie (Polish-style) boots with high uppers and one seam at the back.

Women’s festive blouses were made of thin linen; at the neck and on the cuffs they had gathered ruffs. Sometimes they were decorated with modest, whitework or shop lace. Ancient blouses were short and had the so-called nadołek - a broad band of mediocre-quality linen sewn in at the bottom and reaching down to the knees; it served as underwear.

The most popular skirts in the region, which enjoyed long-lived popularity, were the so-called błąkiciory (farbanice) made of homespun linen manually imprinted and dyed intense blue or navy, featuring dainty white or white-blue patterns. They were most often made at the linen-imprinting shop in Muszyna (run by the Buszek family), or at a number of companies across the Carpathians. They were long and reached almost down to the ankles, very wide (5-7 widths of fabric), richly gathered at the waist, worn over several bottom, typically linen skirts. As of the beginning of the 20th century, especially in summer, unmarried women used to complement their festive outfits with bright, lightweight skirts of shop fabrics (muslin, batiste) imprinted with floral bunches, sometimes trimmed with narrow ribbons of matching colours at the bottom. Older women often used to wear plain skirts of thin wool, decorated with tucks and dark-coloured binding.

Aprons (called zapaski), most often white, linen, wide and pleated, featuring whitework or lace were worn over skirts. As of the beginning of the 20th century, older women used to complement plain, woollen skirts with dark (black or navy) zapaski of coarse wool, sometimes trimmed with flounce at the bottom, decorated with black lace or border of coloured floral embroidery, flatlock stitch.

On festive occasions, unmarried women and young married women used to wear dark (usually dark or navy), close-fitting bodices made of thin, dark-dyed cloth, and later on also velvet, always on linen lining. They were moderately ornamented with tabs of tape or colourful ribbons enhancing the edges and the cut of the bodice. Later on, bands embroidered with thread and beads were added. The interwar years saw introduction of beadwork floral motifs borrowed from the Sącz Lachs. Older women wore katanki (cropped jackets) over blouses, tight-fitting, long-sleeved, button-up kaftaniki (tunics) moderately decorated with horizontal tucks and trimmed with haberdashery binding. From the beginning of the 20th century, katanki ornamentation began to feature more ornamental motifs borrowed from the bourgeois fashion. In winter, waist-covering, long-sleeved sheepskin jackets (kożuszki baranie) used to be worn; they were trimmed with black fur edgings, or modest embroidery featuring janina stitch. As an outer garment, women would fling over their shoulders white linen wraps (łoktuse), which at the end of the 19th century were supplanted by all manner of machine-made shoulder shawls. As for headwear, linen, percale, damask or satin headscarves - kaźmirki or tybetki - made of thin woollen fabric used to be worn. They were tied under the chin.  Along the edges they were often bordered with hand-woven mesh and tassels. They used to be purchased at town market stalls or from door-to-door salesmen. On major holidays and family occasions married women used to wear white, linen mob-cap headscarves decorated along the edges with serrated trimming, and sometimes ornamented with modest whitework. Just like in the Sącz Lach region, they used to be tied up with the back corner trailing down the nape, and a grand knot above the forehead. Unmarried women were not obliged to cover their heads; they were allowed to have their heads bare and wear their hair in plaits, sometimes with coloured ribbons (e.g. red, blue and pink ones).  A valuable ornamental element of women’s outfits was that of genuine red or dark-pink coral beads threaded on a few strings, originally short ones (because of the high price) and quite tightly worn around the neck.

The clothes worn by Poprad Highlanders on a daily basis were simple, modest and home- made (hand-crafted for a long time). Homespun linen and hemp fabrics of mediocre quality and less bleached were used to make men’s casual shirts and women’s casual blouses as well as men’s summer trousers. Their style was the same as the one of festive clothes, but shirts did not usually have collars or cuffs, and only narrow trimmings.  They were tied around with a piece torn off a fabric edge (sznurka) or with a tape (women's blouses). Homespun linen was also used to make white kerchiefs, commonly worn by women working in the field. Homespun linens dyed dark colours (indigo, navy, grey) were used to make women's casual skirts and zapaski.

Some old and shabby festive garments were worn around the homestead and the village; they would be patched and altered as long as it was possible. This mainly applied to men’s thicker clothing made of homespun cloth: chołośnie as well as gunie and gurmany.  They were commonly worn in winter, e.g. while working in the forest.