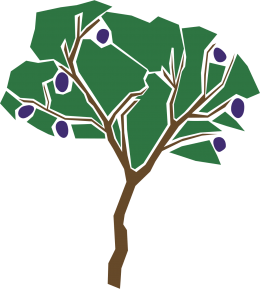 The groups of Carpathian highlanders inhabiting the historical lands of Sącz and Sącz Beskids are sometimes referred to, in ethnographic as well as country and region studies literature, as Sącz Highlanders. It was Mieczysław Cholewa, a regional studies specialist and a teacher from the village of Chełmiec near Nowy Sącz who was the first one to introduce this term in his 1946 publication entitled The Folk Costume of the Sącz District. Other authors name these groups after their “capital places,” e.g. Łącko Highlanders. The term “Highlanders of Łącko” was first used in Rzut oka na północne stoki Karpat [A Glimpse of the Northern Carpathian Slopes] (published 1851), a book by Wincenty Pol. Also, in the 19th century, Łącko Highlanders were dubbed ‘White Highlanders’ by Seweryn Goszczyński, a man of letters, a poet and a folk culture expert. Later change of the colour of men’s cloth gurmana jackets from white to dark brown invalidated the name, but it is still often used today.

Location, subregions, neighbourhood. As Jan Wielek writes: “Łącko Highlanders used to inhabit the areas at the meeting point of three, major mountain ranges – the Island Beskids, the Sącz Beskids and the Gorce Mountains. The border between the Island Beskids and the Gorce is delineated by the Kamienica river; both the mountain ranges are separated from the Sącz Beskids by a deep and narrow valley of the Dunajec river.” On account of some cultural differences, three subregions can be distinguished within the group: in the west, the Kamienica one (including Kamienica, Zbludza, Zalesie, Zasadne, Szczawa); in the central part, the Łącko-Maszkowice one (including Młyńczyska, Wola Kosnowa, Kicznia, Wola Piskulina, Zagorzyn, Łącko, Szczereż, Czerniec, Maszkowice, Zabrzeż, Zarzecze); in the east, the Jazowsko-Obidza one (including Jazowsko, Brzyna, Gaboń, Obidza, Łazy Brzyńskie).

In the north and northeast, the Sącz Highlanders bordered on the Limanowa Lachs and Sącz Lachs; in the east – the Poprad Highlanders; in the south, across the Radziejowa mountain range – Shlakhtov Ruthenia (until 1947), and further south – the Szczawnica and Ochotnica Highlanders.

The Łącko and Kamienica subregions of the Sącz Highlanders used to belong to the estate owned by the Order of Saint Clare in Stary Sącz, constituting a compact demesne of Łącko. The Jazowsko-Obidza part used to be knight’s land. The villages located to the south of the Radziejowa Range were a large royal land complex administered by the Starosty of Czorsztyn.

In the lands inhabited by the Sącz Highlanders there is a large group of villages founded during a very old stage of settlement dating back to the 12th-13th century. The oldest settlement of the “Łącko demesne” belonging to the Poor Clares convent was Łącko itself, founded in 1251, a seat of one of the oldest three parishes in the Sącz district (next to the Stary Sącz and Podegrodzie ones). The 13th-century villages of the demesne also include Czerniec, Maszkowice, Szczereż, Zagorzyn, Zarzecze, Zabrzeż, Wola Kosnowa and Wola Piskulina. The later ones, the 14th and 15th century settlements founded as a result of the settlement activity undertaken by the Poor Clares convent were Kamienica, Kicznia, Zbludza and Brzyna. In the early modern period – between the 16th and 18th centuries – the process of founding new settlements continued: new settlements, hamlets, zarębki (hamlets in newly-cleared forest areas) founded as a result of Carpathian forest thinning undertaken within already existent settlements. For instance, the villages of Szczawa, Zasadne and Zalesie were formed in the 17th century from the peripheral hamlets of Kamienica and Zbludza. The last settlement campaign in the Łącko highland area was the establishment of two German colonies as part of the so-called Josephine colonization mounted at the end of the 18th century by Austria. In 1787 in Łącko, in the former lands of the Poor Clares convent established was a settlement inhabited by 75 individuals of German nationality, and in Szczereż – 25 individuals.

Agriculture was the source of livelihood for the people living in the villages of the Sącz Highlanders. The crops grown included: rye, barley, wheat, oats, potatoes; the vegetables grown included: cabbage, carrot, onion, peas and broad beans. Close to farmyards, fruit trees, especially apple and plum trees, were grown. Flax and hemp were grown for own use; hemp was used to make linen, and linseed was pressed into cooking oil. Animal husbandry included mainly cattle: cows and oxen, but also horses, swine and poultry. Most farmsteads kept several beehives. Until the end of the 19th century traditional farming methods were used (a three-field system), as well as ancient, wooden tools. The rise in the popularity of iron ploughs began at the turn of the 19th and 20th centuries. Apart from agriculture, quite an important role was played by shepherd chalet-style pasturing. In the case of the Sącz Highlanders, there was both the mountain type of collective pasturing in mountain pastures and clearings in the Radziejowa range, including dairy production at shepherd chalets, and the agricultural type consisting in grazing in extensive meadows located within own lands, or in fallow arable land (e.g. Obidza, Brzyna). In such a case, cheese making took place at home.

As from the mid-19th century, the region saw a more intensive development of fruit farming, which for a long time now had been recognized as part of the local economy. Promotion of fruit farming was undertaken by Łącko parish priests and teachers. Large amounts of fruit began to be dried (especially plums); there were more and more smoker devices. In time, the Łącko Valley rose to fame as a major fruit producer.

Woodworking crafts popular with the Łącko Highlanders included carpentry, cabinetmaking, cooperage, wheelwrighting, but also weaving, fulling, tailoring, furriery. The only big, local industrial plant was the bentwood furniture factory in Jazowsko, owned by Michał Ader, which employed as many as several hundred workers, also in the outwork system.

A traditional village in the Łącko highland culture had wooden development, with a somewhat bigger share of stonework than in the Lach culture. Stonework was used not only for underpinnings and basements, but also in outbuildings: for granary and stable walls. In the region there was a predominance of multi-building homesteads composed of a cottage house, a stable, a barn with a threshing floor, and sometimes a detached granary, a sheepfold and pigpens. In the valley parts of the village, homesteads were quite dense, in a quadrilateral arrangement, with the cottage house facing the road, or laid out in the shape of the letter “L.” In hamlets and zarębki, the arrangement of homesteads was usually irregular, which was connected with the necessity to adjust the building foundations to the lie of the land (inclination of the slopes). The timber used was spruce (most often used for cottage houses) and fir wood. The corner joints in framework construction walls were usually of a dovetail type, and in older outbuildings also of the archaic saddle notch type. Rafter construction roofs – quite steep, originally hipped, and in the second half of the 19th century more often gable ones – were covered with straw or straw and shingle. On the outside, walls often remained unwhitewashed; sometimes the areas around the windows featured broad lime edgings. Broad-fronted houses typically had a central entrance hall and two rooms: a baking room (a kitchen) and a room at either side. In affluent, peasant’s homesteads, at one side of the entrance hall a kitchen with a little room was sectioned off, while at the other side – a large living room with a bedchamber. Sometimes, at the gable wall of the house a larder was added, with access from the farmyard. Poor cottage houses had one room, and at the other side of the entrance hall – a stable. In highland villages of the Radziejowa range, just like the Sącz Lachs, people used to keep milking cows and calves in chimneyless kitchens all round the year.

Sącz Highlanders’ festive outfit is derived from the Carpathian highland dress, but the influence of the Lach neighbours is also noticeable. To complement linen shirts ornamented with whitework embroidery, men used to wear lajbik waistcoats of navy cloth, decorated with rich chain stitch embroidery arranged in strips, with a predominance of red. The back featured a stunning, elliptical plant motif called paproć (fern). The cloth trousers called suknioki (‘made of cloth’) were of a highland cut, had quite wide legs and were decorated around the flies with parzenica-like embroidery, with a loop motif (węzeł rycerski – a knight’s knot) or a heart-like pattern (sercówka). Leg seams were also decorated (side stripes with kurnytek and liszaj patterns). In summer, linen, wide leg trousers were worn. As an outer garment a long gurmana jacket, originally of white, and later on of brown homespun, flared at the hips with insets, was flung on shoulders. Gurmanas were richly decorated with woollen string and multi-coloured wool embroidery (with a predominance of red). The outfit was complemented with a black, felt hat, decorated with a korona (a ‘crown’ – a strip of leather with serrated edges and studded with brass buttons). Kierpce or calf-length boots (rich farmers) were worn.

Women’s outfit included a white blouse with a gathered ruff, decorated with broderie anglaise and drawn-thread work; a long, wide and richly gathered skirt, originally made of white or navy, imprinted linen (farbanka), and later on – of factory-made, patterned or plain fabric. Aprons were made of thin linen, with whitework embroidery or lace. They were loose, richly gathered and covered the sides (fartuch okolasty). Bodices, finished with kaletki (tooth-like flaps of fabric) at the bottom, used to be hemmed with decorative tape enhancing the cut. In time, bead embroidery of plant motifs was added, but it was still of a strip character, hemming the edges. Elderly women used to wear wizytka cropped, loose-fitting, long-sleeved jackets decorated with appliqués and modest embroidery, or padded, cropped jackets with pleats around the hips. As headwear, they were obliged to wear headscarves tied under the chin, and for festive occasions they would put on white (linen or tulle), starched mob-cap headscarves, meticulously tied up with a triangular topknot above the forehead. In the past, as a festive outer garment, long, linen sheet used to be flung over the shoulders; it was made of a rąbek (fine linen) fabric, and it was called a rańtuch. In time, it was supplanted by patterned, factory-made shoulder shawls. A string of genuine coral beads used to serve as a decoration of the outfit (and a display of wealth); coral beads were very expensive, and if bought were threaded on several, not too long strings. On special holidays, women used to wear kierpce or laced, calf-length boots.

The festive and everyday attire of the Sącz Highlanders

The attire worn by the Sącz Highlanders showed some subregion-specific differences, particularly with regard to ornamentation.
Read more