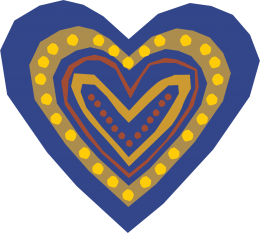 The Szczyrzyc Lachs, also referred to as Szczyrzycanie, are centrally located among the Lach groups, which used to form in the sub-Carpathian region a belt of settlements parallel to the Beskids, where the culture – developed at the interface between the Carpathian Highlands and the Krakowiak Region – was of a distinctly mixed and transitional character.

The Szczyrzyc Lachs inhabit a basin-like valley stretching to the edge of the Wiśnicz Foothills (Pogórze Wiśnickie) in the north, and the foothills of the northern slopes of the Island Beskids in the south. The valley of the Stradomka river, a right-bank tributary of Raba, is the centre of the region. Administratively, the place is the meeting point of the Myślenice, Bochnia and Limanowa counties. In the north, the Szczyrzyc Lachs border on the Krakowiaks; in the east and southeast – the Limanowa Lachs (and the Lachs of Dobra), in the south – the Zagórze Highlanders; in the west – the Lachs of Myślenice (usually included in the western Krakowiaks).

In the centre of the group, on the Stradomka river, lies Szczyrzyc, considered to be the capital of the region. It is an old and historic village. As of 1243 the Cistercians had their local seat there, thereby exerting profound civilizational, cultural and above all economic influence on the region’s development. In the first half of the 13th century, when the Cistercians were moving their permanent seat from Ludźmierz to Szczyrzyc (1239-1243), most of the Szczyrzyc basin was already quite well developed by some knightly families: the Gryfitas (western part), the Śreniawitas (northern and northeastern part) and the Radułtas (southeastern part). Most of the Gryfita estates, including the villages of Szczyrzyc and Góra św. Jana (the oldest parish in the region) passed to the Cistercians, becoming part of the demesne the monastery was endowed with. In the 15th and 16th centuries, thanks to the wide-ranging settlement campaign mounted by the Cistercians, the Szczyrzyc demense was already considerably developed. The eastern part of the Szczyrzyc basin, with Jodłownik at its centre, was taken over by the Cracow-based Dominicans. As from the 16th century, Szczyrzyc served as the capital of the extensive county stretching from the Rocky Podhale, through Skawina, Wieliczka and to Niepołomice. The county lasted until the First Partition of Poland.

The Szczyrzyc basin, with its mild climate, high sun exposure and favourable soil conditions, was a good region for agriculture. Wheat, rye and barley yielded good crops here; both vegetable growing and gardening developed early. Farmers sold their agricultural produce in both Cracow and the densely populated areas surrounding it (e.g. in Wieliczka).

Fibrous plant crops included mainly hemp; only small quantities of flax were sown. Flax growing became popular quite late. Breeding of cattle was well developed, especially that of the Polish red breed, which was promoted by the Cistercians in their demesne, as of the 13th century according to tradition. Till this day, the Szczyrzyc monastery has preserved a reproductive herd of cattle of this breed. Góra św. Jana (which used to be endowed with town privileges) was a major regional centre of crafts; it had a brewery, a mill, a sawmill, a tannery and a fulling workshop. In Szczyrzyc, a printing house and a linen imprinting shop were in operation well into the 19th century.

With their development, the Szczyrzyc Lach villages resembled the southern regions of the Krakowiak district. Homesteads were wooden, and predominantly composed of multiple buildings, with a detached residential house, a barn and a stable. Framework construction buildings had rafter roofs, most often hipped and covered with straw. Both on the inside and outside, the farmhouse walls were all over whitewashed with lime with an admixture of siwka (grey dye). Until the end of the 19th century, a chimneyless house was quite a frequent occurrence (especially in poorer homesteads).

The attire worn by the Szczyrzyc Lachs, which developed its most ornate form in the second half of the 19th century (the 1860s-1880s) was originally a typical, Małopolska foothill outfit for the most part made of undyed, homemade linen and homespun cloth, and quite modestly decorated. The Cracow region provided most inspiration. Men’s costume typically included white, linen górnice (płótnianki) trousers and white, Cracow-style sukmana overcoats after the Dobczyce fashion (with black ornamentation and crosses), or after the Dobra fashion (with red ornamentation). Also, red, Cracow-style rogatywka caps (four-cornered ones) used to be worn. Later on, they were superseded by brusek felt hats with cupolaed domes and a small brim, similar to a typical highland hat. For weddings, the hat dome was decorated with rosettes of pleated ribbons, and wedding best men used to embellish them with puse (bunches of rooster’s long feathers). The earliest waistcoats worn by the Szczyrzycanie were made of navy cloth; they were modest, unembellished and fastened with a row of metal buttons; they resembled highland- and Lach-style waistcoats. They were put on white shirts of homespun hemp fabric. In the 1870s corne portki (black trousers) of dark, factory-made fabrics became popular with married men, while unmarried men living in Szczyrzyc and the surrounding villages used to wear the so-called dymki trousers of white, shop drill textile; they had two flies and were decorated with modest red-thread embroidery. In time, dymki became popular all over the region.

The Cracow-style kaftany – sleeveless, richly embellished tunics of navy cloth and the matching waistcoats with turndown collars and lapels were introduced into the Szczyrzyc outfit in the 1870s because of the tailor who was brought over by the monks to work at the monastery. Soon after, other tailors began sewing similar tunics. Originally, the Szczyrzyc-style tunics were decorated at the waist and on the chest with metal buttons and, additionally, with some plant-motif embroidery. Later on, pearl buttons were introduced, and the embroidery became enriched with dainty beads and spangles. Thus, a recognisable ornamentation style was created, and soon became widespread throughout the region. Along with the richly bead-embroidered waistcoat, the dymki trousers and the brusek hat, they became a formal and festive attire worn by wealthy homesteaders in the Szczyrzyc district villages. The newly-developed outfit also became obligatory as the wedding attire of the groom and best men.

Women’s ancient, festive costume was of a “linen” character, as most of the elements were made of white, homespun linen: the long-sleeved blouse was white; a long, loose and richly gathered skirt was decorated with white embroidery (the so-called syta) and serrated at the bottom; a large sheet was flung on the back (łoktusa); tulle mob-cap headscarves were worn by married women. The only colourful highlight of the dress was a green or purple, damask bodice with a super-narrow flounce with box pleats and sewn around the waist (dróbka), and red, genuine coral beads. Young women were the first (at the turn of the 19th and 20th centuries) to wear more contemporary clothes: colourful, flowery skirts, manually imprinted (durki) or factory-made ones (tybet), with the serrated bottom edge of the former, white skirt – now worn as a slip – sticking out from underneath; velvet, colour-embroidered bodices, or cloth or velvet cropped jackets embellished with appliqué and beadwork or threadwork embroidery. Women would also dress in factory-made shoulder shawls of varied colours and patterns; they would wear colourful headscarves. Girls used to have their heads bare; their festive attire was always complemented by bodices (not cropped jackets), and they preferred green or cream-coloured, flowery skirts. At wedding ceremonies, it was obligatory to wear the old-fashioned, white skirt with white embroidery, the so-called syta skirt. Women’s more contemporary fashion showed a lot of inspiration from the Cracow region, e.g. floral (tybet or percale) skirts, or richly embroidered bodices with floral patterns.

The costume of the Szczyrzyc Lachs

The attire worn by the Szczyrzyc Lachs, which developed its most ornate form in the last quarter of the 19th century (as of the 1870s), in its character was earlier quite an archaic, modestly decorated Lach costume from the Małopolska District
Read more